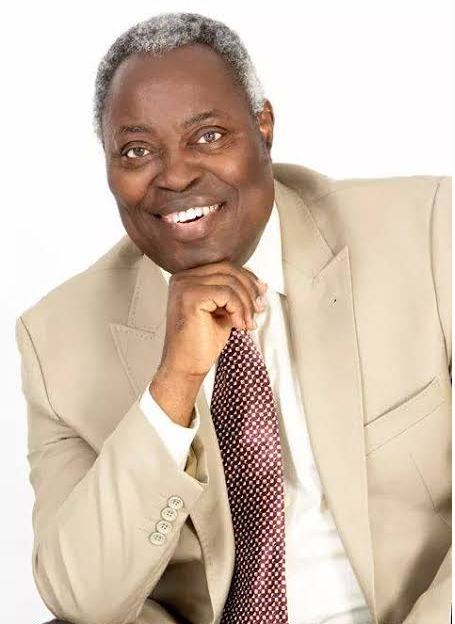 A Math Professor is Called to Preach!

In 1973, while serving as Math Lecturer at The University of Lagos, W.F. Kumuyi started a Bible study group with 15 university students who had come to him requesting training in the Scriptures. By the early 1980’s that small group had grown to several thousand, at which time Deeper Life Bible Church was formally established.

By 1988 the congregation had grown to 50,000, and now numbers 120,000 members, making it the third largest Christian church in the world. Dr. Johan Combrinck reports that the Deeper Life Bible Church not only has an attendance of 120,000 every Sunday, but has planted 500 churches in Lagos, 5,000 in the rest of Nigeria (with an independent estimate of more than 800,000 members in Nigeria alone), and 3,000 elsewhere (with missionaries to 40 countries of Africa) as the movement missionary contribution. (Source: AFNET).

Dr. C. Peter Wagner, in an article titled ‘Those Amazing Post-Denominational Churches’ wrote: “By far, the most rapidly growing segment of Christianity on all six continents is a type of church that does not fit traditional categories or classifications. Missiologists have recognized its presence for some time, but it is such a recent phenomenon that they have not yet agreed on a name for it. Perhaps one title that would fit is the term ‘post-denominational.”

“Go to almost any metropolitan area and ask to visit the largest Christian Church. Chances are it will be one of these new post-denominational churches’. In Lagos, Nigeria, it would be the Deeper Life Bible Church, pastored by William Kumuyi. On a recent Sunday I saw 74,000 adults worshipping together, with 40,000 children meeting in a separate building across the street.” (Apostolic Team Ministries, Intl., Newsletter 09).

How Did It Happen?

Journalist Alan Isaacson provides a helpful study of this phenomenal ministry in his book Deeper Life, talking with many members of the church who told him how Christ has miraculously intervened and changed lives in response to prayer and the proclamation of the Gospel. In Pastor Kumuyi’s own words: “God, in the growth of Deeper Life Bible Church, has strategically and prudently used miracles to make all men come to Him’ (John 3:26). We take Christian living and holiness seriously.”

According to Isaacson, The history of Deeper Life is very much the personal story of W.F. Kumuyi. He is a gifted man, clear-thinking and humble. He is a dedicated Christian and deserves the title “the man of God,” which his followers have given him. Since he was a young man, Kumuyi has devoted his time to reading and studying the Bible. He knows the Scriptures inside out, and has struggled to understand and apply them. As he shares that struggle and his love for the word of God, so people have been drawn to him for advice, or simply to listen. When he preaches, his message is clear, simple, and profound. Poor street traders who can barely read sit next to university professors, all equally captivated by the way Scripture becomes suddenly relevant to them.
Pastor Kumuyi’s own Christian life developed because he took the Bible so seriously, and so the Deeper Christian Life Ministry has developed in the same way. In Alan Isaacson’s own words, he “preached Deeper Life into existence.” His sermons were captivating, wrote Isaacson, “I would classify him as one of the greatest living preachers, giving a straightforward Bible-based message,his sermons thorough, and always personally challenging. He always gave a wide range of cross-references which were read in their context, supporting, clarifying and expanding his main points. He spoke clearly and authoritatively to the Nigerian situation. He dealt sensitively with African culture, but also made a firm stand in highlighting the points where local culture was incompatible with the will of God. While stressing the high moral tone which is one of the virtues of most African cultures at their best, he was at pains to specify those aspects of local culture which were unchristian and even evil. In this way he was not only concerned with some kind of personal holiness, but also genuinely seeking the wholeness and harmony of the community at large, where truth, honesty, and justice should be the predominant characteristics.

A Man With a Great Heart For God!

He is not tall, and does not have a larger-than-life character. He does not dominate, nor has he accrued power to himself. He walks slowly, is relaxed, and has a gentle sense of humour with a warm smile and a twinkle in his eyes. He dresses simply, eats simply… and… could have assumed titles to himself. As the Deeper Christian Life Ministry developed – most people enjoy the trappings and regalia of status which followers gladly give. But he calls his followers brothers and sisters, and treats them as colleagues.

W.F. Kumuyi was born in 1941 into an Anglican home. It was a very strict Christian home, he told Isaacson, “We would get up in the morning, read the Bible, sing hymns, and go to church regularly. When I went to secondary school I lost interest in the church because our principal taught us atheism. But after a while I thought again and started going to various churches in town. Eventually, in 1963, a group of singers and preachers from a Gospel church got permission to come to the school. I understood the Gospel message, and was born again on April 5th, 1964. I read John Wesley, Charles Finney, Spurgeon, and lots of other books. I got involved with the Scripture Union, and I grew.”

From Professor to Preacher!

He gained a first-class degree in Mathematics at the University of Ibadan; then went back to Mayflower School to teach. After five years he went to the University of Lagos to do a Postgraduate Certificate in Education and became a lecturer there in 1973; and that was when he started a small Deeper Life Bible Study group.

In speaking to a group of Pastors under his leadership as General Superintendent, W. F. Kumuyi said: “Our emphasis should be on the practical side of going out. If the Lord comes, let him meet us working for him. Now every time I preach I try to mention evangelism. I have told all the Lagos District Coordinators and Zonal Leaders to spend half their time on evangelism and only half their time on their members. There will always be problems in the church: don’t let them take up all your time”.

Concluding his book, Isaacson writes, “And, of course, Deeper Life are self-governing. Kumuyi is the founder & General Superintendent, and he carries a tremendous weight in pastoring the Gbagada (Lagos) church alone, quite apart from the (now thousands) of other congregations across Nigeria and the rest of the world. He is a remarkable leader, one of God’s people for this generation. Kumuyi has received a great deal from God, but he is adept at passing along what he receives. My feeling is that what God has given his people through Kumuyi will be kept and developed long after Kumuyi is gone. This has been God’s work, and to Him be the glory.”